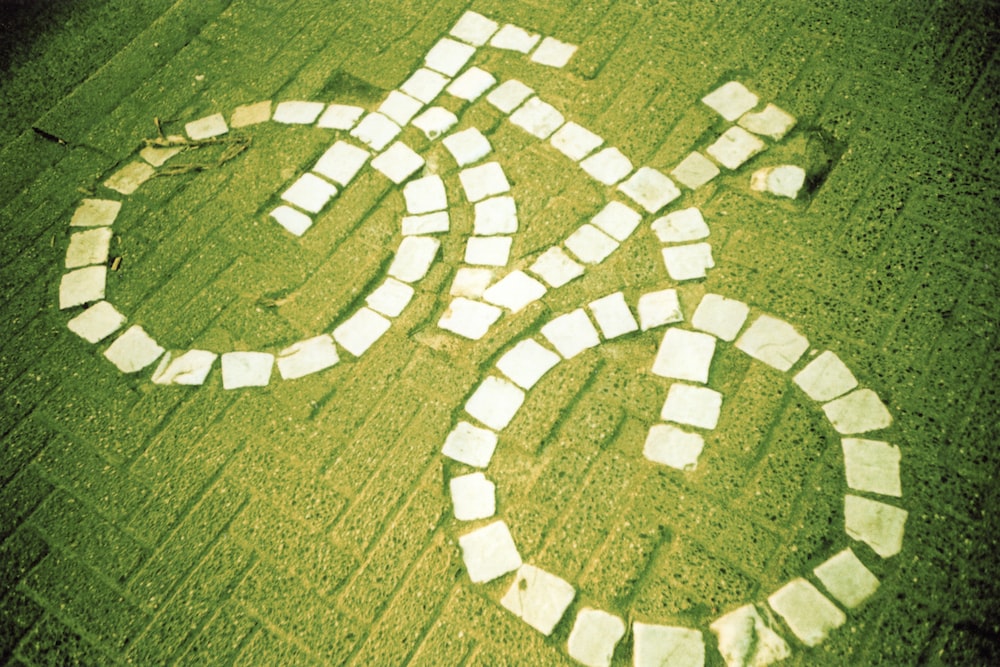 Every year, millions of people hop on airplanes to go somewhere else, whether it’s for vacation or business purposes. Many people think that long flights are unsustainable because of their carbon footprint, but this isn’t always the case. In fact, some destinations actually do more to reduce their carbon footprint than others do.

As you prepare to travel for your next trip, check out our list of ten sustainable destinations so you can be sure you’re going to a place that does its part to protect the environment as well as supporting local businesses and citizens who live there. 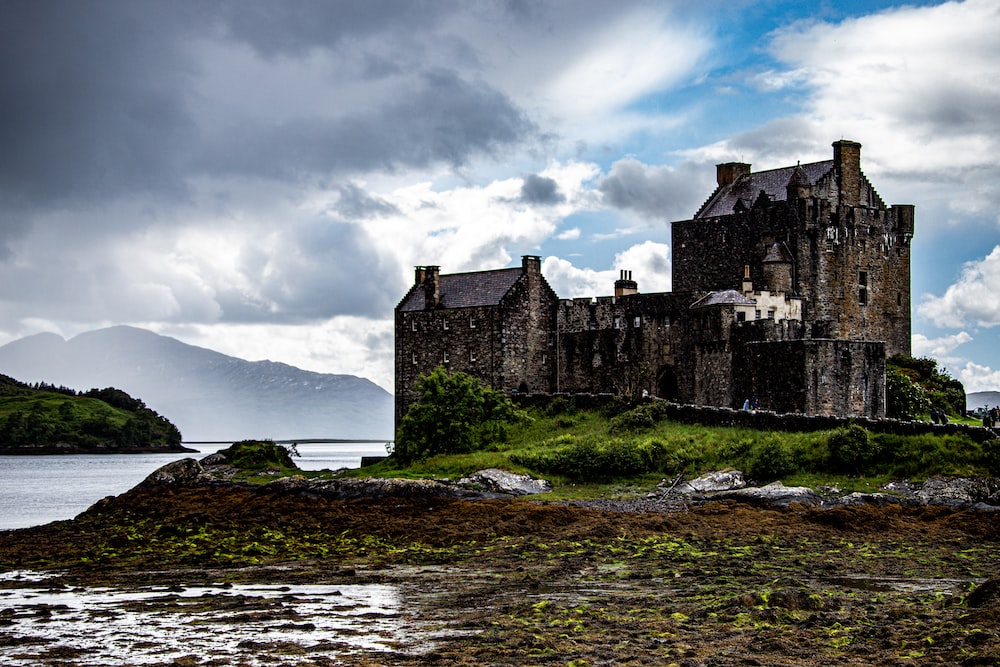 Britain’s top destination for sustainable travel is Scotland. In fact, it has been called the greenest place on Earth and boasts a number of eco-tourism companies that cater to travelers looking to appreciate nature in its natural state. From highland cycle tours and horseback safaris to bird watching, sailing, and trekking—Scotland has something for everyone.

And these experiences don’t come at great expense; there are plenty of low-cost accommodations available if you plan far enough in advance! Make sure you try some traditional Scottish cuisine like haggis as well as Scottish whiskey like Bowmore or Glenlivet, which have both won awards for sustainability.

Not only is Scotland rich in history and culture, it also has a powerful environmental movement. Thanks to a growing number of initiatives designed to make travel greener, it’s easier than ever before to visit Scotland in an eco-friendly way.

From electric car charging stations and eco-minded tour operators to responsible packaging and sustainable catering choices, today’s Scotland is unlike any destination you’ve seen before. While most commonly associated with whisky, golfing, haggis and kilts, there are plenty of reasons that travelers are now opting for Scotland as their next green getaway. However, they do have one major hurdle to overcome: perceptions of what a green destination looks like often differ from reality. 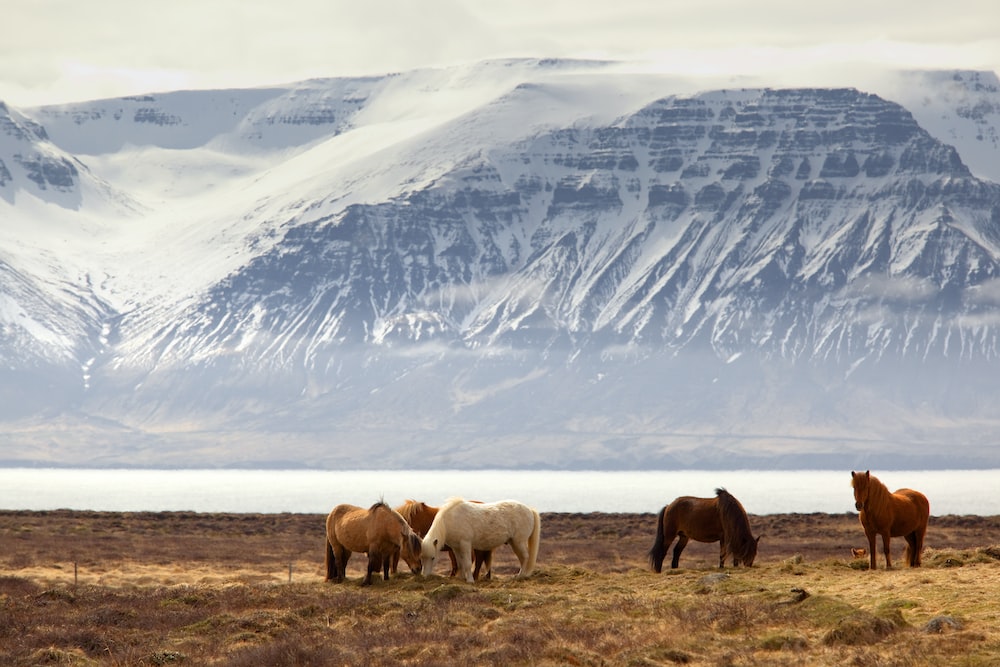 Iceland’s ever-growing popularity among travelers has become synonymous with its incredible landscapes, rich culture and vibrant nightlife. And it’s hardly just a winter wonderland. The country is also dotted with warm-water geothermal pools where you can swim year-round, see vibrant colors in Vík and enjoy a laidback evening at Laugardalslaug swimming pool in Reykjavik. Iceland is one of only seven countries that produce more electricity than they consume (through hydroelectric, geothermal and wind power). In fact, 85% of Iceland’s energy comes from renewable sources. It’s no wonder then that Lonely Planet named Iceland a top eco-friendly destination in 2015. 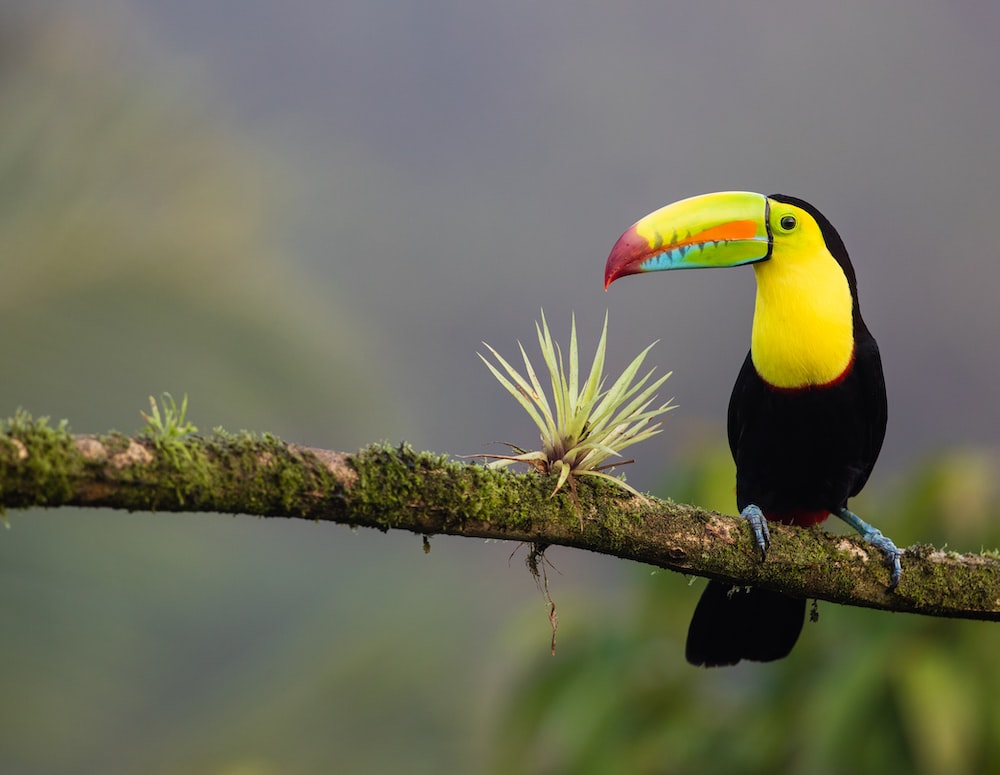 Costa Rica is known for its conservation efforts, as well as sustainable travel practices. With over one-third of its land protected in national parks and other reserves, Costa Rica has one of the most extensive systems of national parks in Central America.

The country’s rainforests are still largely intact, providing a great source of oxygen and water purification. Additionally, only about five percent of Costa Rica’s land is used for agriculture; food is grown locally and often sustainably through farming methods like permaculture and agroforestry. It’s no wonder that it's ranked number nine on Ethical Traveler’s list of environmentally safe destinations to visit! 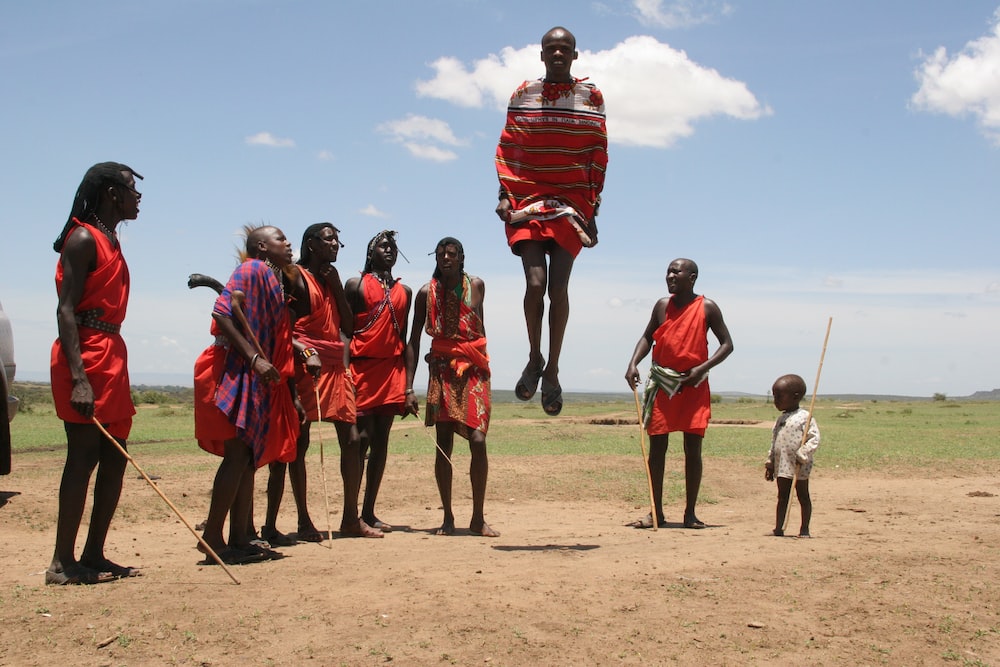 Explore Kenya, a small country filled with big diversity. The two coasts are hot and sandy and teeming with activities for adventurous tourists while safari opportunities abound in game parks like Amboseli National Park (considered by many to be one of Africa’s best parks) and Tsavo West National Park. With miles of coastline, sun-soaked islands like Lamu offer some of Kenya’s most colorful history while its capital city of Nairobi bustles with culture and businesses.

The Maasai people have a reputation for being proud warriors but they are also known for conservation efforts which can be seen in Nairobi's giraffe center as well as in Maasai Mara National Reserve where they run mobile veterinary clinics.

Tourists are able to travel to remote areas of Africa while simultaneously helping locals and investing in community-centered conservation efforts. Unlike other countries where exploitation is rampant, in Kenya you can be a visitor without being a tourist. In fact, visitors are expected to support local communities in a number of ways—and for those who opt not to stay at big lodges or national parks but instead seek out family homestays or community ecotourism opportunities, there’s no better place on earth. 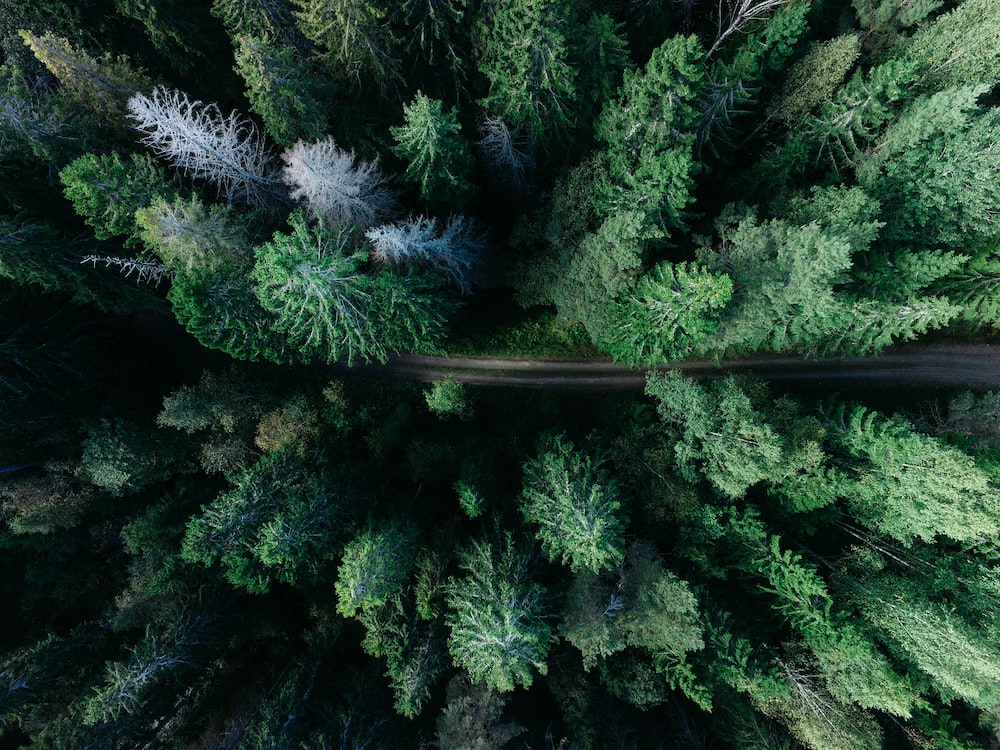 The Scandinavian country is a leader in sustainability. With high ratings for its public transportation, infrastructure, and access to green space, Sweden’s tourism industry is turning tourism into a tool for change. The government has set ambitious goals to cut climate emissions by 50% by 2020 and become a 100% fossil-fuel free nation by 2050.

Plus it ranked second on Lonely Planet’s list of Best in Travel 2017′′ destinations with sustainable practices and local initiatives that make it easier for travelers to get around without taking up too much energy or putting their health at risk. 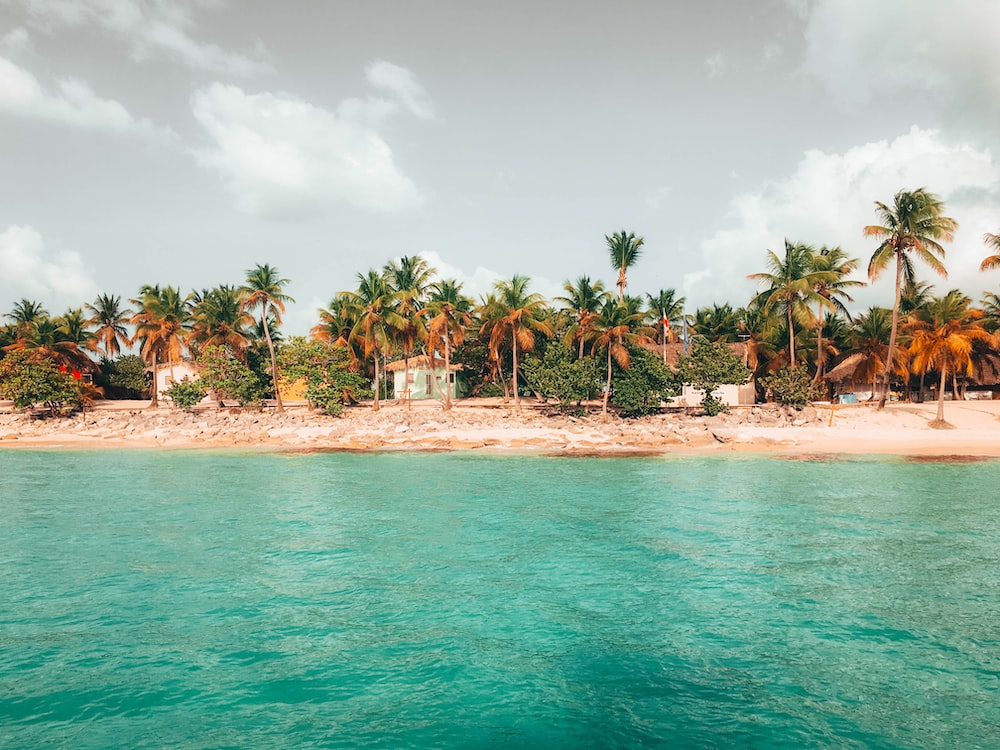 The Nature Island of Dominica's economy is based on agriculture and tourism. The government takes sustainability seriously, implementing a variety of initiatives to preserve its rainforest environment and improve energy efficiency. It is also one of just two Caribbean countries that has ratified all 12 international environmental treaties (the other being St. Lucia).

It uses biomass for over 80% of its electricity generation, provides tax breaks for eco-tourism businesses, and offers carbon credits to farmers who maintain sustainable forestry practices on their land. The country aims to be carbon neutral by 2020. For more information about visiting Dominica, check out my recent post here. 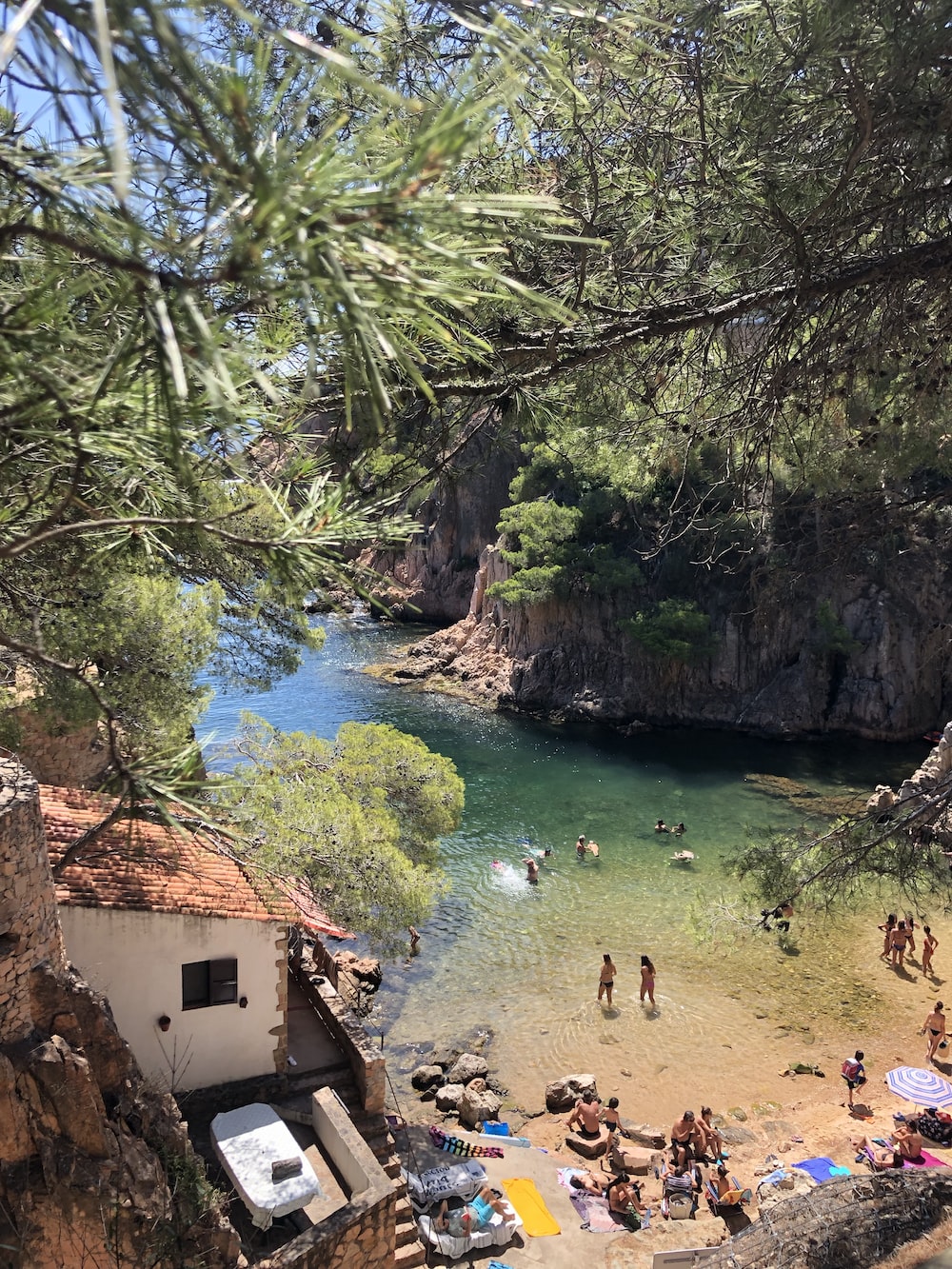 The Costa Brava (meaning wild coast) is one of Spain’s most popular coastal destinations. It stretches from Banyuls-sur-Mer in the west to Blanes in the east, and includes many coves and beaches.

Costa Brava is located within Catalonia in Spain and has beautiful natural landscapes for tourists to enjoy. Tossing aside its industrial past, today Costa Brava is a popular summer destination filled with local cuisine, nightlife, water sports (wind surfing being especially common), hiking trails and cultural activities such as museums.

As it is close to France, it also sees plenty of international tourism during summer months. More than 15 million people visit Costa Brava each year, with travellers flocking to its beautiful beaches, ancient Roman ruins and traditional Catalan towns and villages. With protected areas on both sides of it and along part of its coastline, visitors can enjoy a plethora of outdoor activities like hiking, mountain biking and beach sports while still experiencing an authentic Spanish experience.

It stretches from Banyuls-sur-Mer in the west to Blanes in the east, and includes many coves and beaches. Costa Brava is located within Catalonia in Spain and has beautiful natural landscapes for tourists to enjoy. Tossing aside its industrial past, today Costa Brava is a popular summer destination filled with local cuisine, nightlife, water sports (wind surfing being especially common), hiking trails and cultural activities such as museums. As it is close to France, it also sees plenty of international tourism during summer months.

From wild tigers to ancient temples, India is bursting with culture. And thanks to emerging tourism infrastructure and a relatively low cost of living, its economy has been growing at an average rate of 9% since 2002. Its growth has even earned it a spot in BRIC (Brazil, Russia, India and China), one of four countries projected to contribute 60% of global growth by 2050. To top it off, 90% of Indians have access to basic sanitation—second only to Japan among G8 nations—which means you can go trekking through lush forests without worrying about getting dengue fever or other diseases that come from pooping in a hole in your backyard. 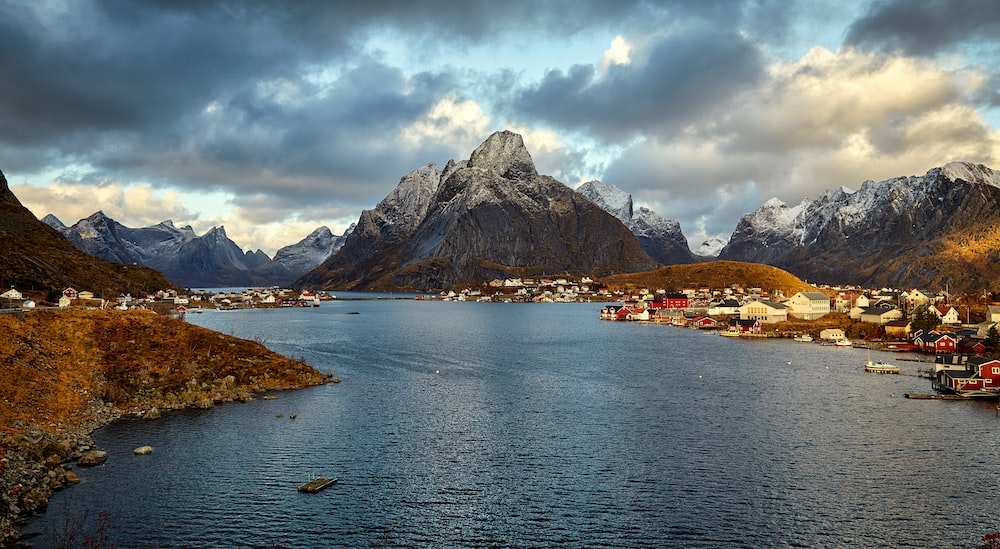 Located in northern Europe, Norway is most known for its fjords, mountains, and dramatic landscapes. From self-powered vehicles to a high proportion of renewable energy in electricity generation, Norway is embracing sustainability and has been recognized as one of Europe’s most eco-friendly countries.  The country has preserved over 80% of its original forest and has set a goal to be fossil fuel free by 2030. It also has one of highest number of electric cars per capita and boasts 98% recycling rates.

While Norway may seem expensive compared to other European countries, eco-tourism makes it an affordable choice for travelers that want to explore nature without causing environmental damage.

With pristine wilderness landscapes, including mountains and fjords, Norway welcomes tourists to an outdoor adventure paradise. And with thousands of miles of marked trails covering all regions, it's easy to get off trail without impacting your surroundings—an ideal experience for hikers or cyclists who want a challenging journey through nature. Check out Holmenkollen National Park for stunning views at 1,000 meters above sea level.

The country has preserved over 80% of its original forest and has set a goal to be fossil fuel free by 2030. It also has one of highest number of electric cars per capita and boasts 98% recycling rates. While Norway may seem expensive compared to other European countries, eco-tourism makes it an affordable choice for travelers that want to explore nature without causing environmental damage.

That's it! Take your pick and book a ticket.